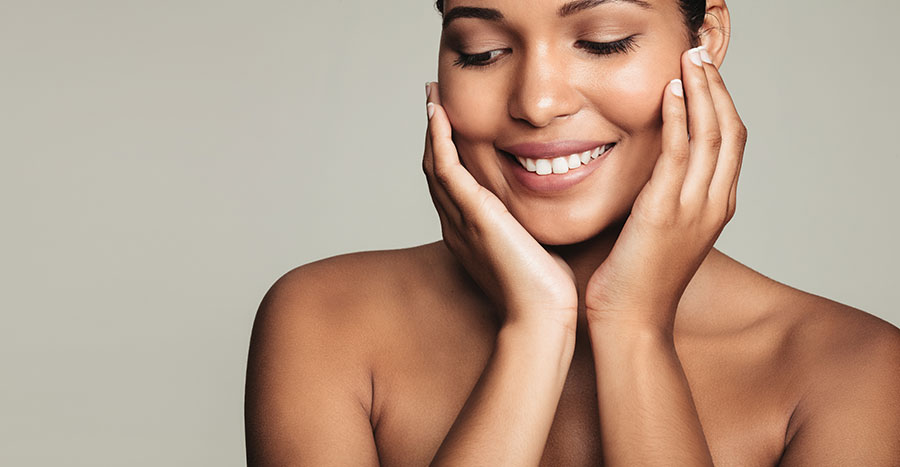 Psoriasis is a chronic skin condition that affects about 7.5 million people in the U.S., causing thick, scaly patches of reddish, pinkish or whitish skin called plaques. Psoriasis occurs when the skin renewal process is dramatically “sped up,” resulting in new skin forming before old, dead skin cells can be shed. In the normal skin renewal process, skin cells live for about a month before being shed. But in people with psoriasis, a problem with the immune system causes the skin renewal process to be much faster, typically taking three days to a week. Because the body is unable to shed skin that quickly, a buildup of skin cells forms on the skin surface. Psoriasis is a genetic condition, which means it tends to run in families. It’s not contagious, which means you can neither “catch” it nor pass it on.

What symptoms does psoriasis cause?

The most recognizable symptoms of psoriasis are the plaques that form on the skin surface. In addition to their reddish or pinkish appearance, plaques can become itchy, especially during periods of flareup. If the plaques are scratched or abraded, they can bleed, increasing the risk of skin infection. People with psoriasis may have crusting on the scalp as well as pitted fingernails. Some people develop psoriatic arthritis, a condition that causes pain and inflammation in the joints. Plaques usually (but not always) occur on both sides of the body – for instance, both knees or both elbows. People with psoriasis are also at an increased risk for diabetes, heart disease, irritable bowel syndrome and some other chronic diseases and conditions.

How is psoriasis treated?

The best psoriasis treatment depends on how severe it is. Topical and oral medications are available to help relieve symptoms, and phototherapy or laser treatments may also help.

What is the Best Psoriasis Treatment

The U.S. Food and Drug Administration has approved of two active ingredients for the treatment of psoriasis: salicylic acid, which works by causing the outer layer to shed, and coal tar, which slows the rapid growth of cells. Other over-the-counter treatments include:

Prescription topicals focus on slowing down the growth of skin cells and reducing any inflammation. They include:

Controlled exposure of skin to ultraviolet light has been a successful treatment for some forms of psoriasis. Three primary light sources are used:

Oral medications. This includes acitretin, cyclosporine and methotrexate. Your doctor will recommend the best oral medication based on the location, type and severity of your condition.

Biologics. A new classification of injectable drugs, biologics are designed to suppress the immune system. These tend to be very expensive and have many side effects, so they are generally reserved for the most severe cases.

Light Therapy/Phototherapy. Controlled exposure of skin to ultraviolet light has been a successful treatment for some forms of psoriasis. Two primary light sources are used: